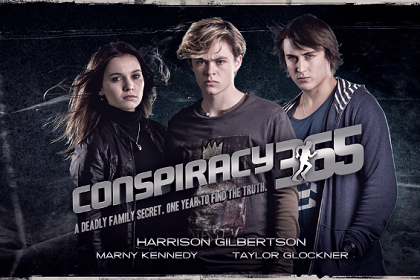 Synopsis: Based on a series of books written by Gabrielle Lord, Conspiracy 365 follows the adventures of Callum Ormond, a 15 year old who is forced to become a fugitive as he searches for the truth behind the death of a family member. The book series is in 13 installments, telling the story from January to December, and then Callum’s story following the twelfth installment. The one hour television series will screen in 12 parts throughout the year, one episode each month. The final episode will air in January 2013.