Dark Waters is based on an illuminating New York Times article about a corporate defence lawyer, Rob Bilott (Mark Ruffalo). Bilott is an associate of a prestigious legal firm that almost exclusively defends large chemical corporations. Something very unusual occurs when Wilbur Tennant (Bill Camp) marches into the firm’s offices with one of the thickest southern accents you can imagine, asking for Bilott. Normally such a man might be turned away, however Wilbur gets his introduction when he mentions his personal connection to Bilott’s grandmother.

Wilbur is a delightfully gruff, eccentric farmer with gigantic John Howard caterpillar eyebrows. He shows Bilott his own home footage of cows dying on his property and photographs of their discoloured organs. He accuses the local DuPont chemical company of poisoning the water supply his cattle drink from. DuPont is the town’s main employer and makes over a billion in profit per annum, . Every lawyer and vet in town has eschewed the farmer already, such is the power of DuPont.

What ensues is a decades long legal back and forth with Ruffalo playing a kind of Robin Hood against this giant company. At times this brings strain to his employer and family. Anne Hathaway plays a stereotypical stay at home mother/emotionally undernourished wife. It’s a role she is over qualified for. 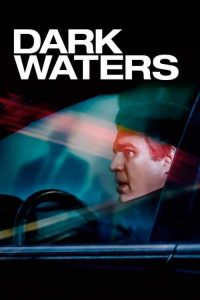 The story is endlessly fascinating and totally relevant, particularly now within the binary forming between the power of individuals vs corporations in the apotheosis of capitalism that is America. DuPont uses its endless financial resources to frustrate Bilott and even at times dictate to the government how it should regulate itself. Worryingly, the townsfolk are quick to dismiss any accusations their main employer could be poisoning them as conspiracy or exaggerations.

Bilott’s motivation for doing this isn’t as well explained as it is in the article ‘The Lawyer Who Became DuPont’s Worst Nightmare’. Perhaps it’s revenge for when a member of the DuPont family murdered Ruffalo’s Mark Schulz character in Foxcatcher. This is a movie that is frustratingly emotionless and dry whilst conversely being captivating and informative. It’s a story that should be full of empathy and humanity. Perhaps too much time was given to the withdrawn character of Bilott, whose engrossing narrative doesn’t translate to the screen as well as it does to the page. It’s chock full of legal procedure and process; a testimony to how hard Bilott himself worked on the case, but uninspiring viewing.

Running a bit over 2 hours is also a bit of a stretch considering the source material is a fifteen minute read. Lacking documentary narrative, it’s also hard to grasp just how serious a threat these flurocarbons that reside in 99% of all of us are. Should I be throwing out my Teflon pans? It’s a downbeat attitude that accompanies a gloomy film. As a prescient wake up call this is almost a must see. As entertainment it gets weighed down by dates, locations, numbers and a withdrawn but authentic portrayal from Ruffalo.

Dark Waters is in cinemas from 5th March through Universal Pictures.