Organised crime was never on the radar for young lads Mirko (Matteo Olivetti) and Manolo (Andrea Carpenzano). Down and out in suburban Rome, they’re scraping by as pizza drivers when they run over a man on a late-night delivery. Mirko in the driver’s seat is distraught, but Manolo in their moment of panic eggs him to keep going. No one saw them, he says. Drive on. They need advice and end up at the place of Manolo’s father. He’ll know what to do.

This is not such a wise idea. He advises them to keep mum about it, and so they lie low. Soon after, however, Manolo’s Dad discovers that the man they hit was ex-Mafia. He’d grassed to the police and was living in hiding. What a bargain. The idea is that they could claim the killing as an intentional hit in exchange for money and a job with the mob to get them all out of this subsistent life. Joining the mob is a one-way street — the man they hit knew that, and look where he ended up — but Mirko and Manolo don’t care about that. They’re young, fit, and invincible.

It turns out that selling out your conscience isn’t quite so easy, and in their title, Boys Cry, Damiano and Fabio D’Innocenzo frame the decision to choose crime over confession in terms of its opposite reaction. In turning to the mob, these two find themselves tumbling further and further away from reality. But what if Mirko, holding the wheel, had chosen to acknowledge the weight of what he’d done? Even if they’d still driven off, what would they have done if he’d driven to the apartment he shares with his single mother and little sister? Instead they ran to the only male role model between them, one who, it turns out, has all the intelligence of a spade. His implied advice: don’t cry, be a man. 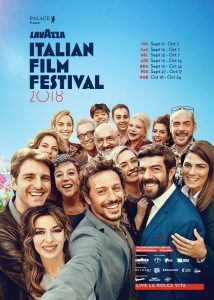 It’s a sad day when this is the test for masculinity, and you can only wonder how this toxic standard has been allowed to fester. Where are the women, you wonder, in this version of Rome? There is certainly an under-representation here but it is telling that while women are rarely sighted in Boys Cry, their absence is always keenly felt. In this gritty thriller, the lack of female agency seems a conscious narrative choice.

Much of the film is devoted to a male-dominated world of organised crime and what can happen when bad instincts are left to their own devices, so in that context this one-sided view becomes understandable. However, in this underbelly caked in dust and grime, a seedily lit den within which women and girls are bought and sold, perhaps at least one of those stories hinted at but never explored could have been expanded. Mirko’s mother is perhaps the most tragic figure in this whole sorry mess, but apart from her, the women’s screen time largely reflects how much regard Mirko and Manolo have for them.

If anything, Mirko presents as the more engaging of the two, given the moral uncertainty of caring for his mother and little sister with the money attained through abandoning all those values and the gulf he feels opening up between them. Manolo’s descent in crime, by comparison, seems a tad underdeveloped.

Regardless, what drives this film is the shifting dynamic between these two friends, and Olivetti and Carpenzano are hugely impressive. Demonstrating an easy rapport throughout, they are utterly believable. And while their characters’ decision to exchange innocent poverty for guilt-stained riches is never to be commended or pitied, a kid like Mirko — easily led and not very bright — is contradictory in so many ways that you wonder if a few split-second choices could have made all the difference. Credit for this should go to the D’Innocenzos. They recognise that it is not enough to presume that to be a man is to suppress all emotion, and have invested enough into the consequences of ignoring these internal struggles to raise this a notch above your average underworld thriller.

Boys Cry screens as part of the Lavazza Italian Film Festival which runs from 13th September to 7th October.

Written By
Angus Tonkin
More from Angus Tonkin
This may not be the first film to be shot entirely on...
Read More