For some reason a lot of Australian cinema has a problem with tone. We all love seeing a good Aussie film and watching our land and brethren get their time on the big screen, yet this is often accompanied by films that seem to have identity crises. Maybe it’s a cultural cringe thing: too self-deprecating to take ourselves 100% seriously not properly mixing with the really imposing sense of darkness that seems to be present in a lot of our art.

For a nigh-on perfect example look no further than The Butterfly Tree, directorial debut of writer-director Priscilla Cameron. It is an astonishingly beautiful film filled with great performances and imagination which is kneecapped by the wildly inconsistent tone and story.

Set in the beautiful hills of south-east Queensland, Fin (Ed Oxenbould) spends a lot of time in his backyard under a large fig tree where he has built his own butterfly enclosure. He loves nothing more than to capture and take care of his fluttering friends, a passion which seems to be covering up for the fact that his mother died three years ago and his father (Ewen Leslie) is lurching from one bad life decision to another. When the beautiful and mysterious Evelyn (Melissa George) moves to town as the local florist, things begin to get complicated as both father and son fall for the same woman. 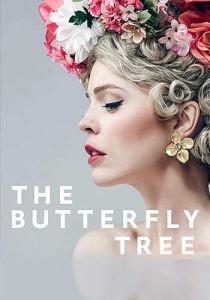 The Butterfly Tree made its debut at MIFF 2017 through its premier fund, which has a great track record of bankrolling original and important local content. The distinguishing features here are the gorgeous visuals that Charlie Shelley’s production design and Jason Hargreaves’ cinematography craft together. There’s a healthy dose of magical realism, the visuals of which work wonders by expressing the journey that our main lad Fin is going through.

Ed Oxenbould is really starting to growing into his acting chops. He’s broken into the American market and he seems to come back to Australian screens a lot in local features, which is wonderful seeing his talent really come into its own. The same goes for Ewen Leslie playing Oxenbould’s father; he’s appeared in a lot of local features and he’s excellent in everything he’s in. The only acting element lacking is Sophie Lowe: the performance itself is good but it’s now impossible to not feel as though Lowe plays the exact same role in everything she appears in.

What lets this film down is an almost bipolar inability to figure out who or what it’s aiming for. There’s one question which should have been asked at an early stage in production which doesn’t seem to have an answer: Who is the target audience for this film? If it’s meant to be a coming of age feature for young adults then why does it feature abuse, blackmail, suicide, cancer and a lively fascination with Melissa George’s rather exquisite breasts? But if it’s meant for adults why is every major story beat concerned with growing up and magical fantasy? Something doesn’t seem right here.

What has resulted here is a film that’s too adult to be appreciated by its intended audience but too juvenile for adults to really get anything out of it. It’s a shame because there are so many lovely individual elements which should be celebrated as the breakout of a new Australian writer-director.

The Butterfly Tree is in cinemas from 23rd November through Vendetta Films.