The best kind of documentaries finish in a different place to where they started. Australian director Lorenzo Benitez’s independently-released debut Six Months to Salvation does exactly that.

The documentary begins as a puff piece, a fun video diary of seven young Australians (including Benitez himself) taking up volunteer teaching placements at a school in Thailand. As time elapses and the volunteers find themselves increasingly ineffective, the film transforms into a sharp critique of voluntourism.

Benitez himself is one of the seven volunteers, and it’s fascinating to watch him wander through his doubts and disillusionment. It’s fortunate that he decided to keep the camera rolling because he’s accidentally created a thought-provoking piece of cinema, one that’s brave enough to question the commonly-held view that overseas volunteering is inherently a good thing.

Not only is Six Months to Salvation brave enough to challenge this cultural ritual, but it’s brave enough to show its audience a lack of progression. Ironically, the volunteers’ failure to get anywhere with their teaching efforts is what drives the film. As we watch the clueless teachers labour their way through mad classrooms, we begin to understand for ourselves the flaws of voluntourism and its colonialist undertones.

Where we do see progress is through the perspectives of each volunteer. Benitez does a great job at framing his fellow volunteers at the film’s inception, providing us with brief candid snapshots. Benitez appears the most savvy of the lot, and is the first to question the merit of their placement. As the film continues, the other volunteers begin to ask themselves similar questions, while scrambling for justifications on why their time in Thailand isn’t wasted. 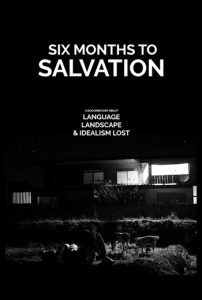 The fact that this narrative unfolds as the film is being made not only makes the story more authentic, but less judgmental. Had the film been narrated through the benefit of hindsight, we may well have found ourselves admonishing the well-meaning but untrained volunteers. Instead, we can see ourselves in their failings and can relate to their desire to make a difference. The fact that they can’t seem to get through to the kids is far from satisfying, but hits close to home for anybody who’s done a similar kind of exercise.

Scenes of the volunteers struggling in the classroom are broken up with long takes of Thailand scenery, which may not be to everybody’s liking. These banal shots help puff up the running time, yet are also effective at emphasising the passage of time and the volunteers’ lack of progress. While we wait for the action and the dialogue to resume, so too do the volunteers wait – either for their placement to end or for a breakthrough in the classroom, whichever comes first.

Looking beyond the seven Australians on screen, the film isn’t merely making a point about the agrarian Thai community where the volunteers are placed, but is trying to tackle larger conversations about globalisation, colonialism, and the relationship between language and culture. Benitez astutely includes interviews with local Karen people in the film, who offer a fresh alternative to the self-reflective white-skinned protagonists we mostly hear from.

Through the way the film is edited, it’s clear that Benitez is trying to discourage untrained Westerners from volunteering, however the absence of a narrator means the audience is never lectured on this. Benitez also avoids giving himself the last word, and generously lets his fellow volunteers offer alternate perspectives.

While released independently and available free online, Six Months to Salvation deserves to be seen by a wider audience. One can only hope this documentary finds its way in front of prospective gap-year travellers, naively ambitious about the change they can create through a half-year overseas placement.

Six Months to Salvation is available online at u16.co/6m2s through u16.co