It was never going to be particularly pleasant watching a documentary about Australia’s much maligned asylum seeker policy but even going in with expectations like this doesn’t quite prepare you for Chasing Asylum. Even with near-constant debate and media attention on the issue, seeing what goes on up close is enough to make blood start boiling and the viewer leaving with the urge to punch a wall out of sheer frustration.

Eva Orner is no stranger to making documentaries which expose the dreadful corners of the world, having produced Alex Gibney’s Oscar winning masterpiece Taxi to the Dark Side in 2008. Moving on from the policy of the US administration under Son of Bush, Orner has returned to her country of birth to expose the policies of the former and current government. Billed with the rather sensationalist tagline “The Film the Australian Government Doesn’t Want You to See” this sobering and particularly infuriating doco is one of the most important films of 2016.

Before we go on, a little bit of backstory. The UNHCR Refugee Convention was written and ratified in 1951. This was the world’s apology to the Jews, who in the late 1930s/early 1940s had called out for help and were mostly met with silence as the Nazis conquered Europe. Every nation that signed the convention has a responsibility and legal commitment to help those who arrive in their borders in the hope of being recognised as legitimate refugees. Australia was the fourth country to sign.

The Pacific Solution and offshore processing seem to be in the news at least once a week. Australia has some of the most hard line border protection policies in the world and through this has morphed into one of the most toxic and vitriolic topics of debate imaginable. Stupid three word slogans aside, this remains one of the most complex issues there currently is. There are no easy solutions here, but Chasing Asylum makes it clear that the policy which is currently being implemented is not only wrong, but criminal.

The vein of thinking that the Coalition subscribes to is that the only way to dissuade people who want to come to Australia by boat is to section off those who do attempt it and treat them as horribly as possible. The gulags on Nauru and Manus Island aren’t open to visitors or journalists, but through hidden cameras Orner has managed to get a feature film’s worth of unseen footage which is combined with news clips and text inserts. Talking head interviews with social and support workers broaden the picture of what goes on behind closed doors. A former Manus Island security officer also appears, having quit the job after receiving death threats.

There are currently about 2200 people being held in indefinite detention. Some have been there for 400-500 days and still haven’t seen a lawyer so they can apply for refugee status. Appalling living conditions and treatment means that self-harm is rampant; graffiti like “Welcome to coffin” and “kill us” can be seen scrawled on the walls. This is the environment that has been created, where women have reportedly started exchanging sexual favours for longer shower times, people have stitched their lips and mouths shut, and two people have been driven to set themselves on fire. Keep in mind, these are the stories that have got out; imagine the ones that have remained secret.

Australia is only country in the world that holds children in indefinite detention.

Not content with this, laws drafted under the Abbott government mean that whistle blowers now face a jail term if they publish what is going on inside these camps. Just to reiterate that: if a child gets raped in either Manus or Nauru and one of the guards tells a journalist about it, both the guard and the journalist could face two years in prison. That sounds like something out of 1930s Germany and yet it’s the policy of Australia in 2016. 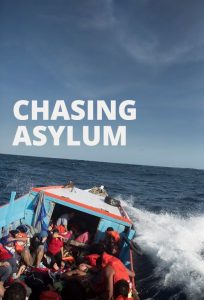 The point where this all came to the most astonishing climax was when the United Nations declared that this policy is violating multiple pieces of international law. Abbott’s reaction to finding out that the nation he led was committing crimes on an international level: “I really think Australians are sick of being lectured to by the United Nations, particularly, particularly given that we have stopped the boats.”

Orner doesn’t seem to take a political side; both Labor and the Coalition hold joint responsibility for reintroducing offshore detention. Pretty much every significant politician from both major parties declined to be interviewed for the documentary.

If there are people who come across worse than others, for no one gets out particularly clean, they are: Former Immigration Minister Scott Morrison, who looks unsettlingly like Vyacheslav Molotov sans mustache; Peter Dutton, who is exposed as the slobbering, dough-faced rat that he is; and finally the Captain himself, Tony Abbott, a disgrace in every sense to both the party he led and the nation that he was elected to represent. Abbott and his government have been thrown to the scrapheap of history where they belong and hopefully don’t stink too much as their legacy decays alongside their credibility.

Of course, the natural inclination of the contrarian is to ask: ‘Well, what’s your solution?’ It’s very easy to criticize the government on this issue but what, if any exist, is the alternative? The simple fact is there is no easy answer here. The world is complicated and this dreadful problem that faces refugees isn’t going away any time soon. But to introduce a system as abhorrent as the current one and then surround the issue with a toxic mix of xenophobia and fear which has allowed this nation to commit international crimes is surely not the right one. Any thinking person can see this.

Elie Wiesel once wrote that the opposite of love is not hate, it’s indifference. Apathy is probably the worst thing that the general public could have towards this particularly nasty piece of government policy and Orner’s wholly infuriating documentary expresses this better than any news segment or Facebook link could hope to.

Don’t bury your head in the sand because this issue is difficult and it might make you a little bit sad. Boo fucking hoo. Educate yourself, get angry and arm yourself with the facts when this topic comes up in conversation. Gough Whitlam once gave the stringent piece of advice that we should “Maintain the Rage” and not let issues like this fall out of memory because the news cycle has moved on to something else.

If the tone of this review/rant/self-righteous lefty ramble seems particularly vitriolic then that means that the documentary has done its job. Few things are easy or clear in this complicated issue but two things are: seeking asylum is a legal and what Australia is doing to those who seek out this vital human right, is not. The fact that this country, which is so great on so many fronts, is implementing a policy with this level of criminality is shocking, utterly shocking. It’s difficult to be patriotic when we know things this inhumane are being done in our name. For shame.

Chasing Asylum is a deeply affecting and important piece of not only documentary filmmaking but social history. It would be remiss of any moral, ethical or politically switched-on Australian to let this excellent documentary pass them by.

Chasing Asylum is in cinemas from 25th May through Cinema Plus.

Eva Orner has also written a book ‘Chasing Asylum: A Filmmaker’s Story’ about her experience making the film which is out now through Harper Collins.


Note: The views expressed in this article are purely those of the author and are not wholly representative of the diverse range of political persuasions and opinions present at Film Blerg.

Written By
Simon Storey
More from Simon Storey
The Arab Spring. It’s one of those topics that everyone knows the...
Read More