Rising from the dust of so many ruined cities, Batman and Superman meet to settle the score for thousands of 13 year olds posing one hypothetical for decades – Batman v Superman. But why must they fight? Who really cares seems to be Warner Bros’ attitude. And after an entertaining though arduous 150 minutes, it is one easily adopted by the audience.

Not unsurprisingly all is not well in sunny Metropolis for Superman (Henry Cavill). After a messy conflict with terrorists the US government is beginning to question the wisdom of allowing one alien of almost limitless power to operate free of their political and military guiding hand. A schism is opening in the public consciousness. Is Superman a god to be revered? Or is he a monster of unchecked power with the public at the mercy of the susceptibility to his moral corruption? Enter Bruce Wayne (Ben Affleck).

Batman’s pretty much just been doing Batman things. Busting pedophile rings during the cloak of night, and rescuing damsels as required. Bruce begins to question Superman’s legitimacy as saviour of the earth. At the same time, similar questions are raised in the media about Batman’s vigilantism. Despite his thick glasses, Clark Kent misses the irony and falls from the heavens to interrupt a riveting batcar chase to chastise Batman, imply he could easily end his existence, and that Batman has a smaller super member than his own. (Okay, I made the last one up). 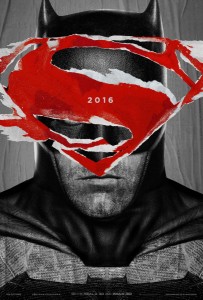 The actual battle between the two behemoths doesn’t happen until deep into the film. Consuming most of the movie is a character study that manages to be thoroughly engaging despite the many ham-fisted one liners that punctuate the script. These characters born from the tumultuous origins of Jewish immigrants contain motifs far older than the Greek gods that inspired such creations. What is it to be human and conversely what is not human? Does unchecked power guarantee unchecked corruption? Does ignorance beget innocence? Dawn of Justice seems to tether between allowing the subtext to speak for itself but more often lets its characters espouse a pseudo deep concluding platitude. After a critical thrashing and lacklustre audience reaction to his previous comic book attempt, Watchmen, Zack Snyder plays this one a lot safer while still flirting with unconventionality and willingness to take cinematic risks.

When the actual battle does take part, the boy who loved watching Dragon Ball Z came out in full force to enjoy this, and it’s more than easy to get swept away within the spectacle. Adding fuel to the fire is the presence of Wonder Woman (Gal Gadot) who quite simply kicks arse and manages to steal a lot of the boys’ thunder. Also throwing around his weight is Lex Luther (Jesse Eisenberg) in a performance far too reminiscent of Heath Ledger‘s chaotic Joker. Snyder has done an excellent job in fleshing out his characters, however several motivations are more than tenuous under the microscope.

Dawn of Justice is a refreshing step away from other superhero attempts which have all of late appeared to be a race to milk a cash cow before its inevitable drying up. It’s great to see a move away from the predictable conflict resolution feedback loop studios are now using as a template to guarantee bums on seats. The real winner behind Batman v Superman is Warner Bros and DC over Marvel whose only non-sequel films of late were the unremarkable Ant-Man and panned Fantastic Four. The real punches thrown in Dawn of Justice are ideological, resulting in the most cerebral film since the aforementioned Watchmen. Snyder, who is so adept at jaw dropping epic action as demonstrated by his graphic novel adaption 300, applies these skills more like the bitters to a lemon and lime soda to compliment his thematic dramaturgy. The superhero renascence is alive and well, and Zach Snyder has fully cemented his name into its annals with this attempt.

Batman v Superman is in cinemas from 24th March through Roadshow Films.

Written By
Ben Isbel
More from Ben Isbel
1917 is expert cinema. Riveting from the first minute until the last,...
Read More