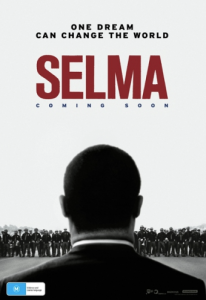 Courtesy of StudioCanal, Film Blerg is giving away 10 double passes to see the Best Picture Oscar nominated civil rights drama SELMA, only at the movies February 12.

Film Synopsis: SELMA is the story of Dr. Martin Luther King Jr.’s historic struggle to secure voting rights for African-Americans – a dangerous and terrifying campaign that culminated in the epic march from Selma to Montgomery, Alabama that galvanized American public opinion and persuaded President Johnson to introduce the Voting Rights Act in 1965. 2015 is the 50th anniversary of this pivotal moment in the Civil Rights Movement.

Written By
Film Blerg
More from Film Blerg
When you watch movies with a gambling moment in there, you might...
Read More