Michal (Sarah Adler) is a famous Israeli artist who is having a particularly trying day. She is woken when her bed collapses from underneath her, says goodbye to her husband who is off to Stockholm on a business trip and is then bombarded by a series of visitors, each seemingly weirder than the last. Not only are these encounters unusual, but leave the audience wondering if the series of events are a long dream sequence.

After a replacement bed is delivered, Michal finds that she is literally one screw short (a quite apt analogy, considering the strange goings-on) and cannot finish assembling the furniture. This screw is the missing piece of her puzzle and, quite surprisingly, is what is bothering her the most. We wonder the relevance of all these little happenings, however the pieces begin to come together when we’re introduced to Nadine (Samira Saraya), a Palestinian woman working at an IKEA-esque furniture warehouse.

Nadine’s days consist of travelling through a heavily armed checkpoint to get to and from her job packing and sealing screws in plastic bags. The two women live in the same country, but their worlds couldn’t be further apart. Michal is distant and confused, she is physically present, but her mind is elsewhere. Nadine is written off as simple and unassuming by those around her, when really she is full of life and only constrained by her circumstances. 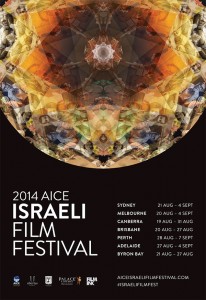 The performances are excellent, with Adler conveying her emotion through words, while Saraya relies more on her facial expressions and body language. Over the course of the film, the women’s lives slowly draw closer to each other until they eventually briefly meet and pass by each other, oblivious to the severity of their connection. A mistake by a soldier at a border checkpoint sends Michal to Nadine’s refugee camp and Nadine to Michal’s home in Jerusalem, an error which allows each woman to discover an alternate reality which gives them purpose like never before.

Writer/director Shira Geffen (Jellyfish) shows us how unimportant and insignificant appearances are along the backdrop of the constant and highly contentious Israeli and Palestinian conflict. Those around Michal and Nadine are oblivious to the fact they’ve swapped identities, however that’s the point. Substance is rated higher than appearance.

Self Made almost feels like some kind of warped fairy tale. It is profound, quirky and quite humorous in parts, but somewhat lacks the punch needed for the issues to really hit home.

The AICE Israeli Film Festival is running in Melbourne from 20 August – 4 September. You can find more information here.