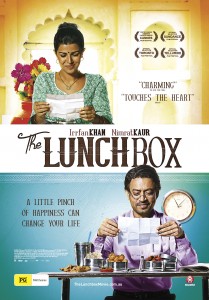 Courtesy of Madman Films, Film Blerg is giving away 5 double passes to see the critically acclaimed, charming and exotic Indian romantic drama THE LUNCHBOX, in cinemas from July 10.

Film Synopsis:  Ila, a neglected housewife, attempts to spice up her marriage by preparing a special lunch for her husband. When it is accidentally delivered to Saajan, a lonely widower on the brink of retirement, they exchange notes to each other to get to the bottom of the mistaken delivery. Their notes gradually evolve into a series of intimate little confessions about their loneliness, memories, regrets, fears and small joys. Still strangers physically, Ila and Saajan become swept up in a relationship built on the fantasy of their letters.

Written By
Film Blerg
More from Film Blerg
If you look back at the main franchises of superhero movies over...
Read More