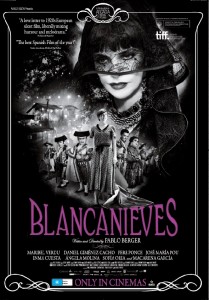 Courtesy of Rialto Distribution, Film Blerg is giving away 5 double passes to see BLANCANIEVES, in cinemas from October 24.

Film Synopsis: BLANCANIEVES is a gothic melodrama inspired by the Brothers’ Grimm tale. Once upon a time there was a little girl who had never met her mother, and she grew up being hated by her evil stepmother. She learned her father’s art, a famous bullfighter, and one day she ran away to become a legend. Set in 1920s south of Spain, BLANCANIEVES is a tribute to silent films.

Written By
Film Blerg
More from Film Blerg
The awards were announced on 9...
Read More