Upstream Color isn’t a film for the casual movie goer, but those that like more intellectually engaging movies, and willing to be challenged by alternative form and narrative, will be significantly rewarded by this daring, original and heartfelt film.

Following his Sundance winning debut feature Primer, Shane Carruth has crafted a thoroughly original and surprisingly emotionally gripping science fiction drama for his second effort, Upstream Color, which could perhaps most accurately be described as the bastard child of Terrence Malick and David Cronenberg with a little bit of David Lynch for good measure.

The complex and intriguing plot involves an unnamed Thief (Thiago Martins) using an organic parasite to kidnap a young business woman, Kris (Amy Seimetz), and manipulate her into transferring her entire life savings over to him over the period of a few days during which she is kept in a semi-conscious state. She has the parasites, which have now grown into worms under her skin, removed by a Farmer (Andrew Sensenig) who transfers them into his pigs –after an excruciatingly painful scene where she uses a butchers knife to try removing them herself – she wakes up with no recollection of what’s happened to her. Fired from her job for not showing up and discovering she has no money, she becomes a distraught, emotional recluse until one day meeting a young man, Jeff (played by Carruth himself), who has had a similar experience happen to him, and they start piecing together their lives all the while being drawn back to uncovering the mystery of what’s happened to them. 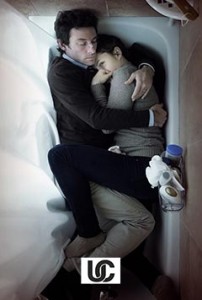 Carruth, who also wrote the film as well as co-editing, shooting some of it and providing the film’s score, weaves a complex and intriguing narrative that brings to mind the “body horror” of early Cronenberg that’s infused with a Lynchian sensibility. It’s also structured, much like Malick’s later work such The Tree Of Life or To The Wonder, in mostly in elliptical montage that takes the audiences entire attention to follow, but it’s well worth it. Despite obvious comparisons to those great filmmakers, Carruth’s work is very much his own and they certainly don’t do justice to the complete originality of his very singular vision.

Aesthetically, the film is gorgeous with widescreen, mostly handheld camera using what appears to be available light. Carruth’s soulful music perfectly underscores the emotion on screen. He also gets excellent and naturalistic performances out of his cast (including himself). As a film maker Carruth guarantees exciting work in the future that will hopefully continue his particular cinematic vision.

Upstream Color isn’t a film for the casual movie goer, but those that like more intellectually engaging movies, and willing to be challenged by alternative form and narrative, will be significantly rewarded by this daring, original and heartfelt film.

Upstream Color is in Australian cinemas from 22 August through Palace Films.