A rock doco in the spirit of The Devil and Daniel Johnston and Anvil! The Story of Anvil, Big Star: Nothing Can Hurt Me is at both immersing and terribly bemusing, leaving the audience to wonder what could have been when the curtain is finally drawn on the would-be super group.

One of the seminal bands of the 1970s, Big Star has long been praised for their influence on rock n roll. Cited by artists like Belle & Sebastian, The Flaming Lips, Primal Scream, Elliot Smith and REM, the rock quartet from Memphis headline the top of the list for music’s best-kept secrets.  Despite never receiving mainstream success, the band’s three albums released between 1971-74 were all met with critical acclaim, each later being listed on Rolling Stones’ Greatest Albums of All Time.  Using photos, home videos of the band and interviews with the remaining members of the group, director Drew De Nicola sets out to answer the riddle of the what went so horribly wrong with the seemingly sure bet of Big Star.

For the most part, the story of Big Star plays out like a classic rock documentary you might expect to see on The Beatles or The Rolling Stones. The band seems to have all the right ingredients for success: a young and ambitious recording label in Memphis-based Ardent Records, a strong support from a slew of rock critics, single-minded promoters and not to mention a Lennon/McCartney combination of their own in front man Alex Chilton and do-all songwriter Chris Bell.  Focusing on all those that played a part in the Big Star saga, the documentary successfully retells the trials and hardships the band went through in recording their influential records, the ironic twist on Big Star is that their breakout performance on Ed Sullivan or American Bandstand never comes, what is left instead is the feeling of a generational band playing to an empty pub.  Finding success in the last twenty years, Big Star: Nothing Can Hurt Me is a story of both tragedy and what happens to a band when expectations are outlived. 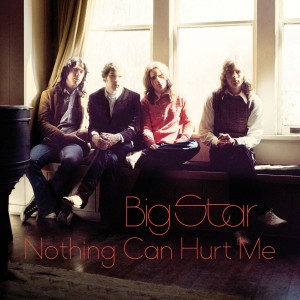 Using narrative techniques similar to the super slick Man on Wire or The Imposter, De Nicola makes use modern technology to animate still photos, adding visual depth to the narrative despite very little footage of the band in their hay day.  As you might expect the soundtrack is terrific and has even warranted a vinyl printing from Omnivore Recordings.  The relationship to music in the film is essential and works as much as a storytelling device as the narration. In an interesting way, the documentary of Big Star plays out a little like that of the fictional Sweetwater in Cameron Crowe’s Almost Famous, as both show the green ambition of youth against the promise and indifference that rock music holds.

A rock doco in the spirit of The Devil and Daniel Johnston and Anvil! The Story of Anvil, Big Star: Nothing Can Hurt Me is at both immersing and terribly bemusing, leaving the audience to wonder what could have been when the curtain is finally drawn on the would-be super group.

Big Star: Nothing Can Hurt Me is playing at the Australian Centre for the Moving Image from Sun 26 May – Tues 13 June.