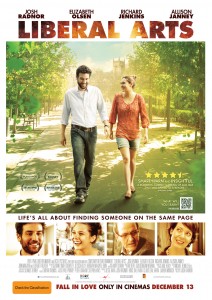 Film Synopsis: Liberal Arts follows a thirty-something guy and a co-ed who spark a connection due to their mutual love of books and music, though their age difference complicates their fledgling relationship. It is a heart-warming reminder that sometimes students make the best teachers.

Liberal Arts premiered at Sundance this year, and was embraced by festival goers as a feel-good film that wears its heart on its sleeve.

Written By
Film Blerg
More from Film Blerg
It’s not surprising that casino scenes feature so often in movies. Even...
Read More