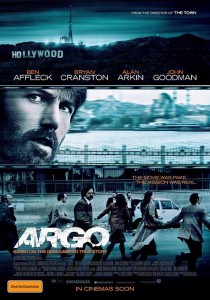 Film Synopsis: Based on true events, Warner Bros. Pictures’ and GK Films’ dramatic thriller Argo chronicles the life-or-death covert operation to rescue six Americans, which unfolded behind the scenes of the Iran hostage crisis – the truth of which was unknown by the public for decades.