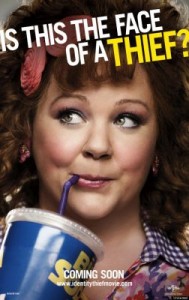 Synopsis: Horrible Bosses‘ Jason Bateman and Bridesmaids‘ Melissa McCarthy lead the cast of Identity Thief, an all-star comedy in which a regular guy is forced to extreme measures to clear his name. With everything to lose after his identity is stolen, he‘ll find out how crazed you can get trying to settle a bad credit score.

Written By
Film Blerg
More from Film Blerg
After hearing about this film for months, I just stumbled across the...
Read More