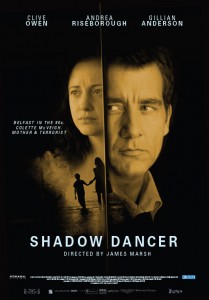 Courtesy of Potential Films, Film Blerg is giving away 5 double passes to see Clive Owen in SHADOW DANCER, in cinemas from Thurs 11 October.