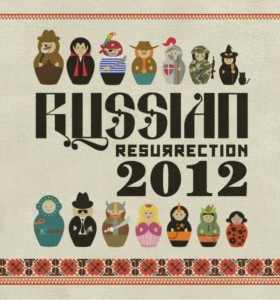 Courtesy of the Russian Film Festival, Film Blerg is giving away 10 double passes to a valid session of the RUSSIAN RESURRECTION FILM FESTIVAL, which screens across Sydney, Melbourne, Brisbane, Perth and Adelaide from 5-30 September. Visit the festival website for more information.

Don’t miss the chance to see the largest Russian film festival outside of Russia!

This year’s selections include:

Get in early for tickets to experience one of the most eagerly awaited cinema events of all time: Bondarchuk’s Oscar winning epic: War & Peace in an all-day marathon screening.