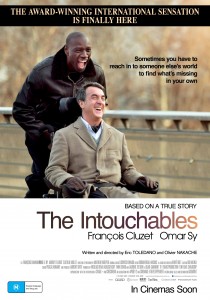 Synopsis: An irreverent, uplifting comedy about friendship, trust and human possibility, The Intouchables has broken box office records in its native France and across Europe. Based on a true story of friendship between a handicap millionaire (Francois Cluzet) and his street smart ex-con caretaker (Omar Sy), The Intouchables depicts an unlikely camaraderie rooted in honesty and humor between two individuals who, on the surface, would seem to have nothing in common.

Written By
Film Blerg
More from Film Blerg
Show business has always been one of the most glamorous industries. After...
Read More