To celebrate the DVD and Blu Ray release of Project X from 4 July, Warner Bros. and Film Blerg are giving away a copy of the film on Blu Ray.

Film Synopsis:  Project X, the new film produced by Todd Philips and starring first time actors Thomas Mann, Oliver Cooper and Jonathan Daniel Brown, follows three seemingly anonymous high school seniors as they attempt to finally make a name for themselves. Their idea is innocent enough: let’d throw a party that no one will forget…but nothing could prepare them for this party. Word spreads quickly as dreams are ruined, records are blemished and legends are born. 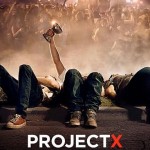