Wolf Creek made a proverbial splat when it arrived on Australian screens in 2005. In keeping with our companion piece to The Straits on ABC, Film Blerg continues to look at Australia films and television series that surround crime.

Australian cinema is dominated by the discussion of a fledging, failing industry. Quite often, genre is left out of the debate, with the genre films (especially horror) being ignored, despite an abundance of strong films. Wolf Creek vociferously appeared in 2005, at a time in Australia cinema where debate over the merits of Australian films continued  at an all time high (Deb Verhoven gives just one example of this here).

Set in the late 90s, two British tourists (Kestie Morassi and Cassandra Magrath) meet up with an Australia native (Nathan Phillips) and travel the Australia desert. Footloose and fancy free, the three have a wonderful time where each day looks like a Coca-Cola advertisement. Until their car breaks down, and they receive help from a mysterious local named Mick (John Jarrett). Turns out Mick is a psychopath and tortures, maims and kills the happy trio through a series of ghastly events.

Based upon true stories of Australian crimes, Wolf Creek quickly became synonymous with the crimes of Ivan Milat and the murder of British backpacker Peter Falconio and the abduction of his wife Joanne Lees. Stories that were played out in the media for years naturally attract books, followed by filmed versions of the events. Filmmakers know that there is an audience for these films as crime is very marketable.

Writer/director Greg Mclean did not shy away from brutal scenes of violence, and the film is definitely not an easy film to digest. Elements of horror are not always adhered to, and the result sees many shocking and unexpected moments. Wolf Creek was a watershed moment in Australia cinema, mainly due to its popularity, but the film itself is a wonderful piece of horror cinema. 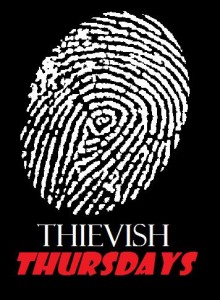 Travelling the film festival circuit, the film gained an impressive status by premiering at Sundance, and even playing at Cannes later in the year. Critical reception was mixed, where Roger Ebert gave the film zero stars, while other notable film critics praised the film. Opening at number 1 at the Australian box office, the film took in $1.2 million in its opening weekend, a strong result for an R18+ rated film. Made on a budget of only $1.4 million, the film grossed $16 million in the US alone, and $27 million in worldwide totals.

Similar to films like Taken, Wolf Creek exists in a group of cautionary tales that warn travellers of the dangers that come when visiting a foreign land. It is not uncommon to hear from people (even Australians) that the desert is not the most desirable of places to visit, as you don’t want to get “Wolf-Creeked”. After a successful release and much surrounded hype, Australian audiences should watch out in the near future. A sequel is apparently in the works with Jarrett set to reprise his role.

Wolf Creek was theatrically released in Australia on November 3, 2005 through Roadshow Films