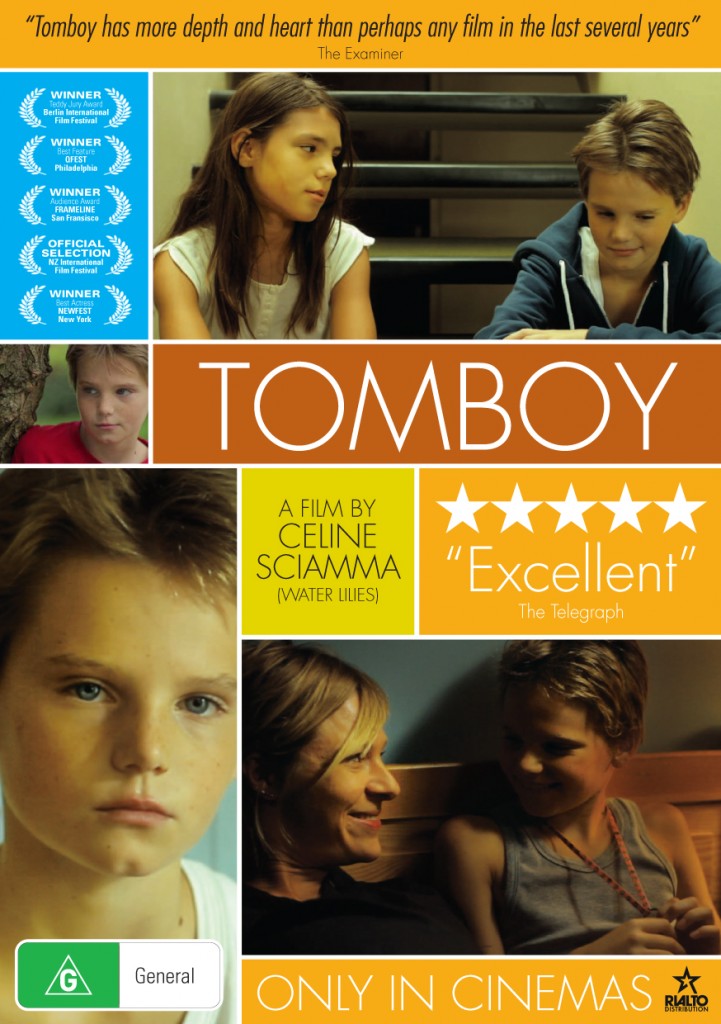 Courtesy of Rialto Distribution, Film Blerg is giving away 5 double passes to see TOMBOY, only at the movies March 29, 2012.

Film Synopsis: In “Tomboy,” filmmaker Céline Sciamma’s (“Water Lilies”) second feature, a family with two daughters, 10-year-old Laure (Zoé Heran) and 6-year-old Jeanne (Malonn Lévana), moves to a new suburban neighborhood during the summer holidays. With her Jean Seberg haircut and tomboy ways, Laure is immediately mistaken for a boy by the local kids, and decides to pass herself off as “Mikael,” a boy different enough to catch the attention of the leader of the pack, Lisa (Jeanne Disson), who becomes smitten.

At home with her parents (Mathieu Demy and Sophie Cattani) and girlie younger sister, she is Laure: hanging out with her new pals and girlfriend, she is Mikael. Finding resourceful ways to hide her true self, Laure takes advantage of her new identity, as if the end of the summer would never reveal her unsettling secret. Sciamma brings a light and charming touch to this contemporary coming-of-age story, which is also about relationships between children, children and parents, and the even more complicated one between one’s heart and body.