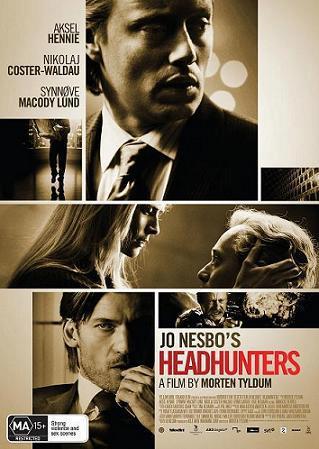 Courtesy of Rialto Distribution, Film Blerg has a special giveaway for HEADHUNTERS, only at the movies March 8, 2012. To celebrate the film’s release, we’re giving away 5 double in-season double passes.

Film Synopsis: Norwegian crime thriller about a headhunter (which involves killing and literally taking a person’s head) forced to run for his life after a by-the-numbers snatch-n-grab takes an unexpected turn. Based on the novel by Jo Nesbø. Roger (Aksel Hennie) is filthy rich, married to a ridiculously gorgeous gallery owner and carries the title as Norway’s most successful headhunter. To supplement his income, he is also an accomplished art thief. With the idea of ending his criminal ways, Roger plans on swiping a tremendously valuable painting from an ex mercenary…